Francis and St Clare are our founders.

In the year 1212 St Clare left home to follow God’s calling. She went to the Porciuncula, the Church of Mary Our Lady of the Angels, where she promised Francis obedience and placed herself under his guidance. He cut her hair and place the veil on her in complete consecration to God.

St Francis placed her temporarily in a Benedictine monastery and later on at the San Angelo monastery. St Francis then built a small place by St Damian’s Church for the sisters and took them there. In that place, St Clare founded the Poor Clares with her sister St Agnes and other young girls.

The Order’s beginning can be dated to the opening, in 1535, of the St Mary of Jerusalem Monastery in Naples, by the Venerable Mother Maria Lorenza Longo.

This monastery, after they adopted the Rule of St Clare and its spiritual sisterhood with the Capuchin Friars in 1538 became the first of the female Capuchin Reform that disseminated through all of Italy, to all the European countries and in America. The observance of “laudable habits” gave a specific semblance to this branch of the Claretian family that are still observed today.

The Capuchin Poor Clares profess the rule of St Clare, leading our lives according to its spirit and teachings and according to the ideals of the reform started by the Venerable Maria Lorenza Longo, which are to live in poverty without dowry or possessions , away from the world in complete seclusion and simple fraternal life, but above all, an intense prayerful life, both day and night. 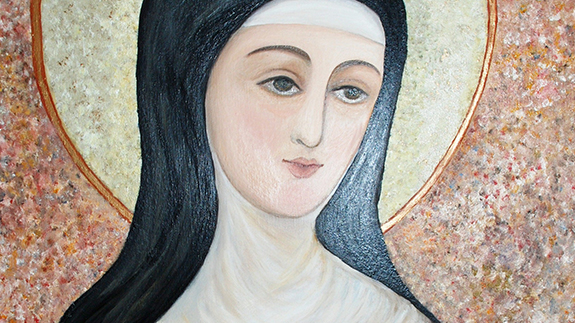 Click on the image above to view the gallery